The project has got to a stage where we need to have the advice of scholars familiar with the manuscripts in the library. To this end we have invited an international group of scholars and librarians to join the panel, which, so far as possible, will conduct its discussions on an internet forum. There are many things such a panel can help us with, but prime amongst them is the setting of priorities both for conservation and digitising. We wish to use our funding sensibly and in the ways which will best serve the not only the monastery but also the wider academic community. There will be books which the panel may feel can be safely put on one side for the moment and others that are of current value and interest. When we embark on the conservation of individual manuscripts, we will want to be able to take advice from those scholars most directly involved in the type of material to which they belong. Dr David Cooper and Father Justin will need to know in what order the manuscripts should best be digitised and how they can be presented to the scholarly community so that the most effective use can be made of them. Such a panel can also be of immense use in offering advice on cataloguing and acquiring bibliographical references to individual manuscripts.

To start the process, the Saint Catherine Foundation funded an inaugural meeting on September 9th 2005 at Bridgewater House attended by 21 of the 33 members of the panel and nine members of the project team. The meeting was chaired by Dr David McKitterick of Trinity College Library, Cambridge. After presentations in the morning by Father Justin, Prof. Nicholas Pickwoad, Dr Athanasios Velios and Dr David Cooper, in which the work of the project was explained, the afternoon was devoted to a discussion of the needs of the library and their possible solutions, and suggestions were made as to how the panel might best conduct its business in the future. As the panel members become familiar with the use of the new forum, we look forward to its becoming a source of informed advice as the project continues with its work.

The names of the advisory panel members are given below: 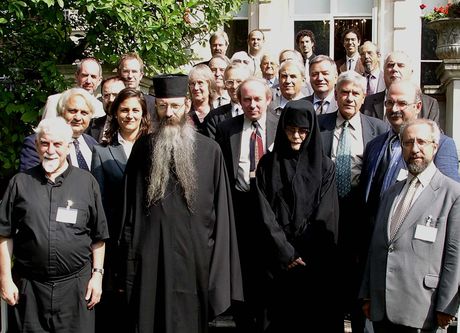 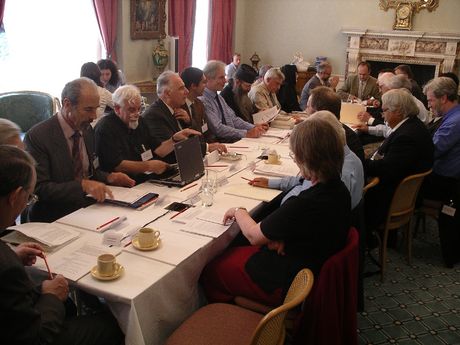