This is the early sixteenth-century binding from the flooded stacks of the Biblioteca Nazionale in Florence that fired Chris Clarkson’s interest in the laced-case limp parchment binding as a conservation structure. The thickness of the goatskin parchment cover, the lacing of all the slips along both joints and a substantial sewing structure on double alum-tawed sewing supports with structural endbands created a structure that survived not only more than four centuries of use but also saturation with water followed by drying. 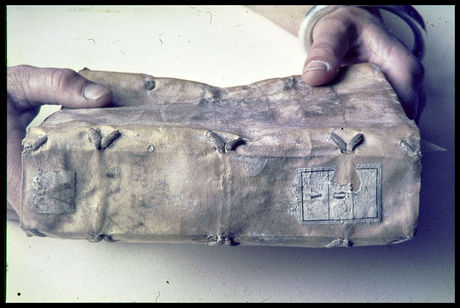