Last month, Sebastian, Moritz and I attended the Libre Graphics Meeting and gave a paper about Artivity. The paper was received very well and we did have a short discussion about the project following the presentation. Two issues were raised:

Sebastian and Moritz also joined the Inkscape hackathon before the LGM and got some critical work done which would allow a pluggable interface for Inkscape. This means that Artivity will be able to support Inkscape in the form of a plugin and without having to alter the Inkscape core files (which means much faster compiling times).

Next LGM is in Rio. 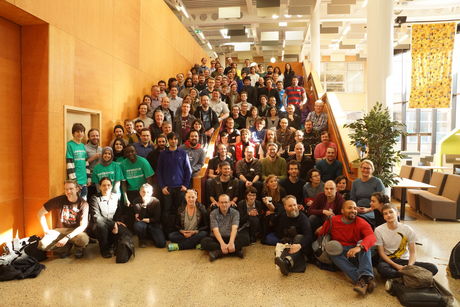